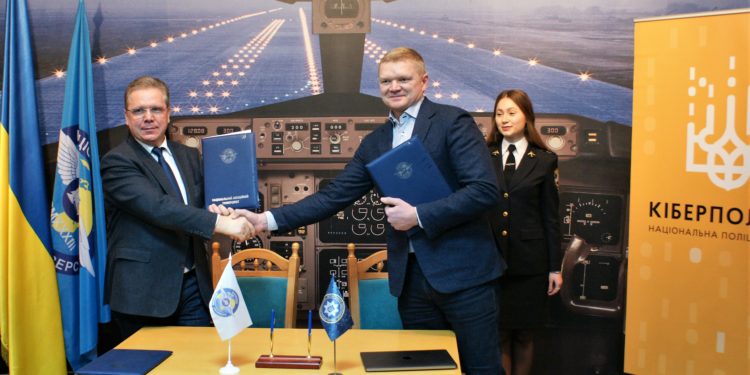 NAU Rector Volodymyr Isayenko and Head of the Cyber Police Department of the National Police of Ukraine Oleksandr Grinchak signed a Memorandum of Cooperation and Partnership on Scientific, Technical and Educational Activities.

Oleksandr Grinchak noted that cooperation with the university is not accidental as NAU is one of the leading defense organizations of Ukraine in training cyber security specialists. 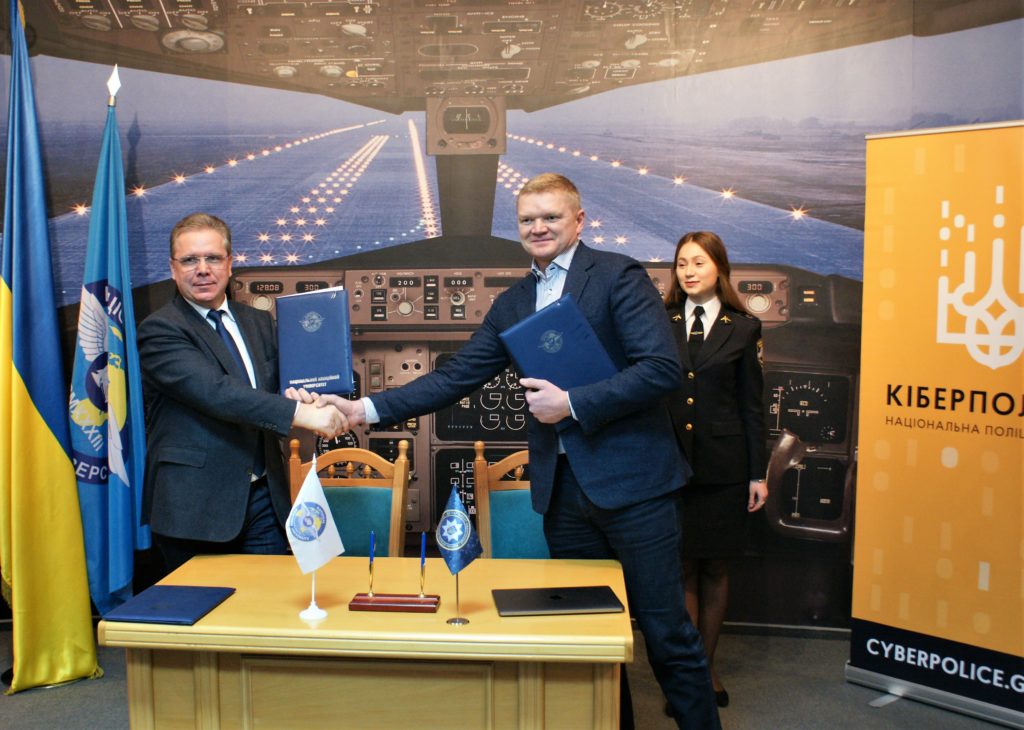 11:00 – signing of the Memorandum (NAU Museum, 1 building, 2 floor)
11:20 – Presentation “On the Prospects of Cooperation between NAU and Cyber ​​Police” (aud. 1-002)
We look forward to seeing you and your students at this event.
Before meeting!

The cyber police is an inter-regional territorial body of the National Police of Ukraine, which ensures the implementation of state policy in the field of combating cybercrime, informs the population about the emergence of new cybercriminals, implements software for systematization of cybercidents, etc. The Department specializes in the prevention, detection, cessation and disclosure of criminal offenses, mechanisms for the preparation, commission or concealment of which involves the use of computers and modern information and communication technologies. 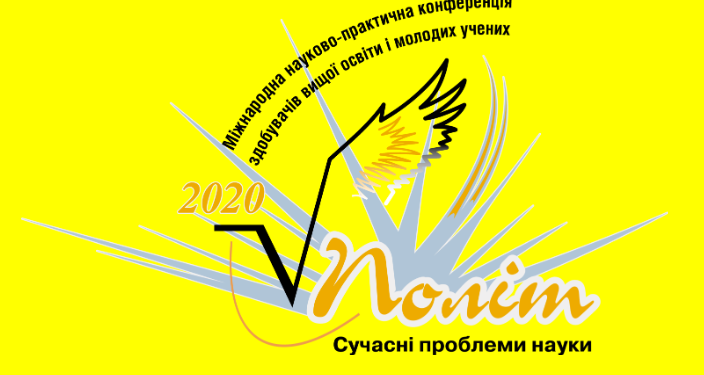 National Aviation University invites students and young scientists from national and foreign universities, scientific organizations and institutions to participate in the work of the XX International International Conference of Young Scientists and Students “POLIT. MODERN PROBLEMS OF SCIENCE ”! 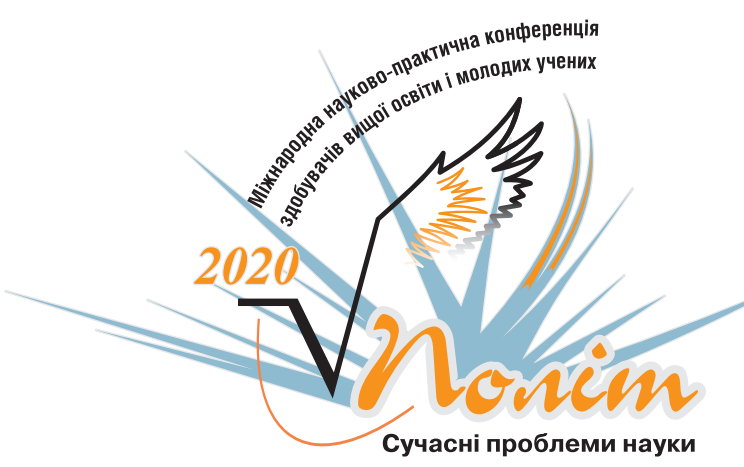 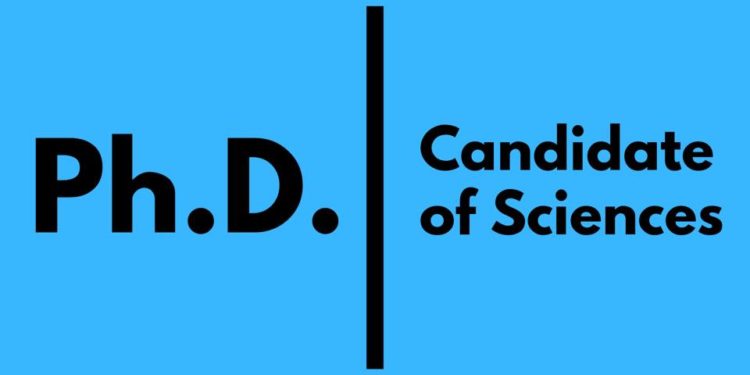 Congratulations on your successful defense of your dissertation for the degree of Candidate of Technical Sciences of our colleague – Sergey Yegorov! 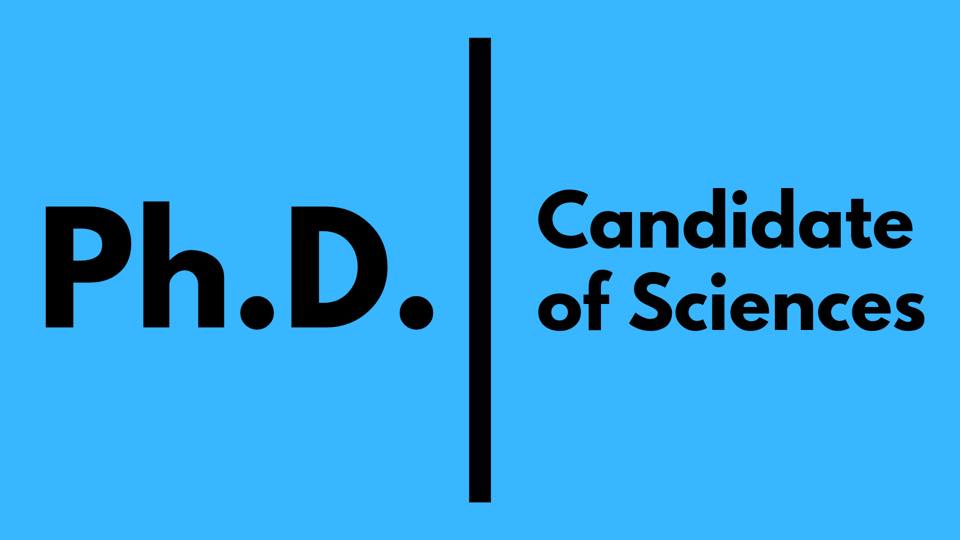 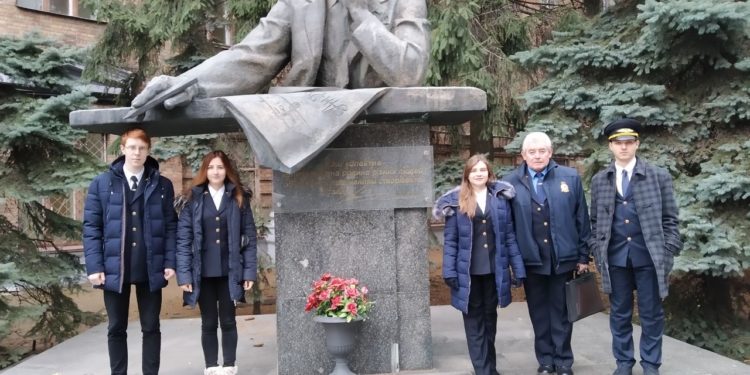 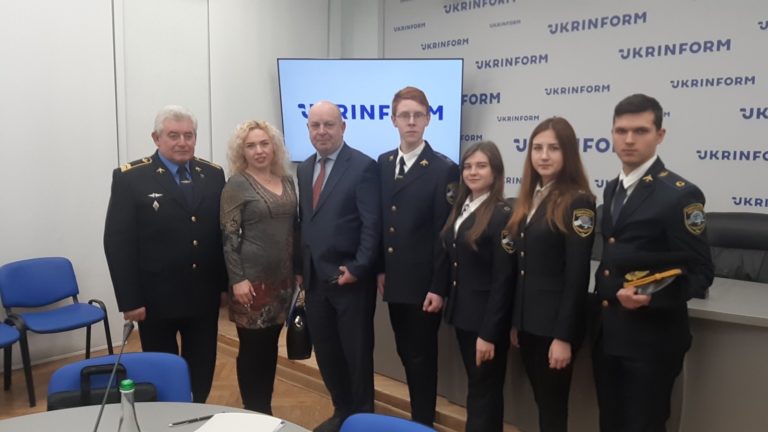 NAU representatives – Professor Ziatdinov Yu.K., Associate Professor Zham O.Yu., students of FCPCI Tarasenko Yevgeniya, Tatarchina Darina, Kolesnik Artem and Onishchuk Mykyta on behalf of the rector of the university Professor Isayenko V.M. took part in the roundtable on solving urgent problems and further development of the aviation industry of Ukraine, which took place on November 27, 2019 at the press center of the Ukrainian National News Agency “Ukrinform”.

Participants of the roundtable discussed practical issues that hinder the effective work of both the entire industry and its individual enterprises: there is a lack of coordination of the enterprises of the branch due to the absence of a single centralized state management body, the number of employees decreases, the arrears of wages and production ceases , such flagships of Ukrainian aviation as Antonov State Enterprise and Kharkov DAVP cannot resume serial production of aircraft by the state The directions and prospects for further development of the industry have not been determined, and the Government has not yet approved the Aviation Development Program.

The participants of the round table are convinced that today the aviation industry is creating and producing modern aircraft, engines, equipment, capable to shape the image of Ukraine in the world as a developed industrial state.

As a result of the roundtable, a resolution and discussion of the industry’s problems at the NSDC meeting is being prepared. 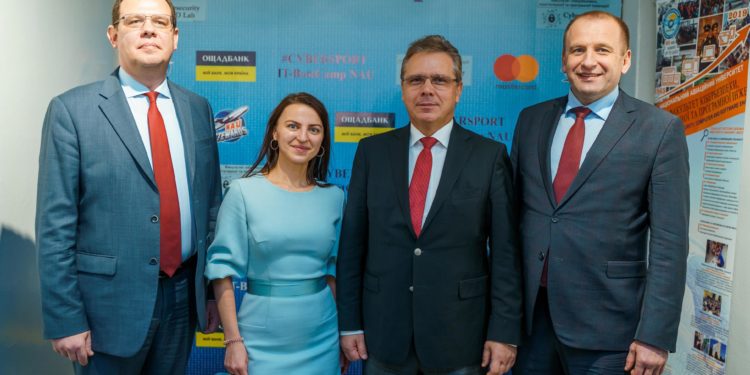 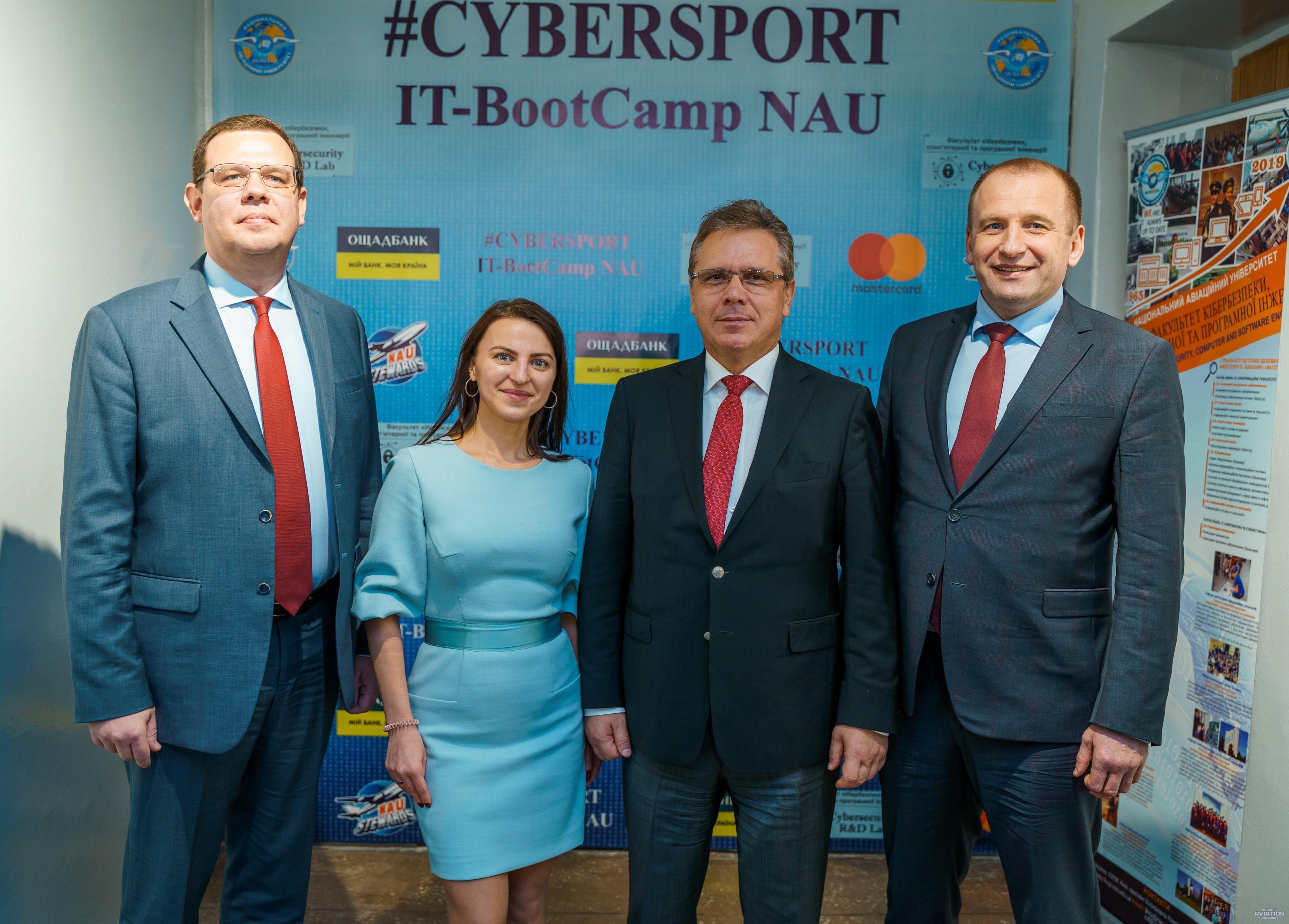 The Cybersecurity, Computer and Software Engineering Faculty opened the CYBERSPORT IT-BootCamp NAU Laboratory, the first in Ukraine to offer higher education in the eSports Laboratory. The laboratory, which will train the students of NAU, was created with the support of PJSC “Savings Bank of Ukraine” and Mastercard.

During the inauguration, Rector Volodymyr Isaenko emphasized that the implementation of this project gives the opportunity to the NAU e-sportsmen to improve their skills and demonstrate a high level of playing at the championships of Ukraine and the world. He thanked the sponsors and the Ministry of Education for their support in implementing the innovative project. “I congratulate our students on the opening of the laboratory and I would like to point out that our university is the one place that will help to realize your most daring ideas.”

Vadim Stetsenko, the chairman of the Committee on Physical Education and Sports of the Ministry of Education and Science of Ukraine, said: “Creating such a laboratory within the walls of your university is an innovation. The Ministry, for its part, initiated international e-sports competitions with a combination of mobile activities, as the development of e-sports is a promising area and we are grateful to the University for cooperation. ”

Sergiy Kryuchkov, Head of the Savings Bank Headquarters for Kyiv and Kyiv Region, noted that “eSports today is not only an independent industry with great potential, but also a unique channel of interaction with a young audience. That is why Oschadbank has decided to support the aspiration of NAU students to develop and conquer new peaks. ” 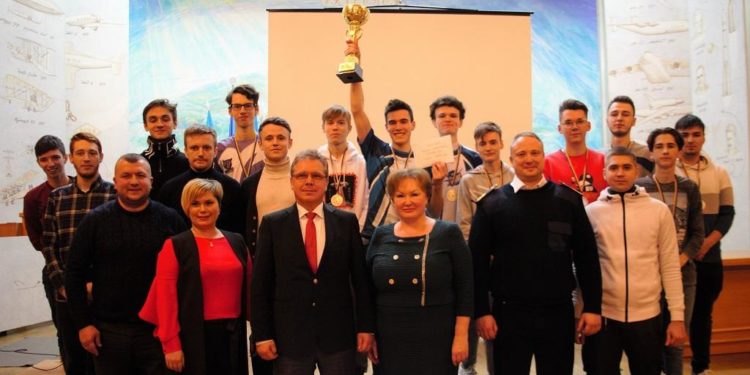 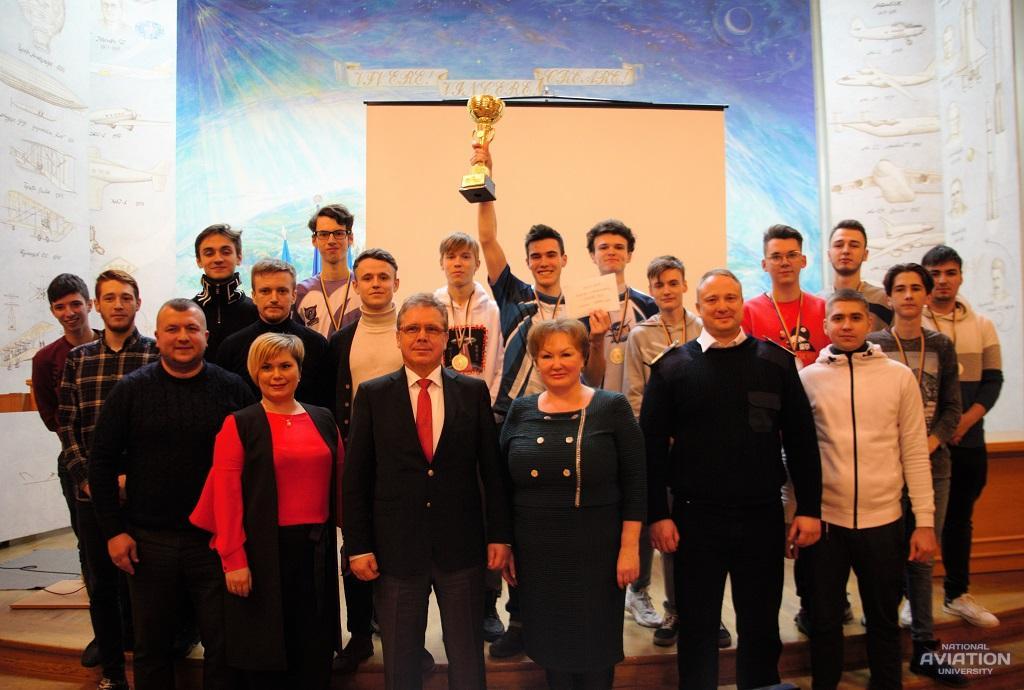 Based on online qualifications, the teams have reached the finals of the championship:

At 3:30 pm in the hall of the 1st Corps, our boys will compete for the Champions Cup and determine which team will be the best among the students of the National Aviation University. The match will be held in the VO3🔥🔥 format! There will be draws, team communication, NAU Esports founders will talk about the future of the project and a lot of CS: GO! 😎

You can register at:

“Attention! To participate – you must confirm your intentions at 11:30 at the venue. Only 40 first entrants will be allowed in the tournament, so hurry up!

Technical partner of the event @cyberring_club 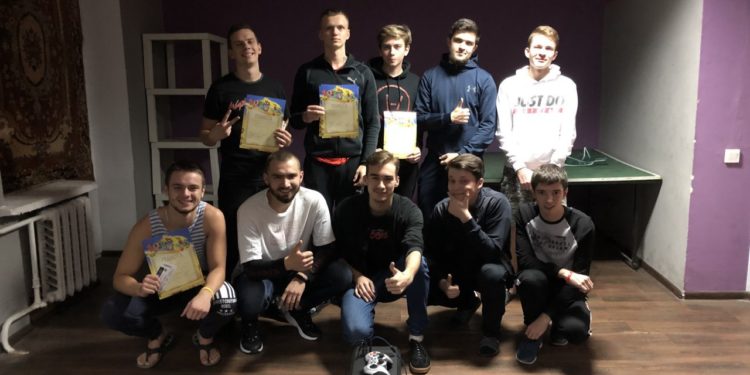 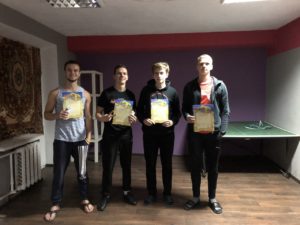 Students of our faculty met in October positively and sports.

On October 1, 2019, a volleyball tournament was held between the departments of the Faculty of Cybersecurity, Computer and Software Engineering. between 7, 8 and 9 hostel

Thank you for your support: Valery V. Kozlovsky, First Vice-Rector of NAU; the dean of the FCCSE; Department of Physical Education and Sports Training of the FLSK.

We also thank our Honorable Judge Bohdan Kobernyuk, a student at FTMl

Congratulations to our winners:

The top scorer of the tournament (16 goals scored) is “Accuracy” Nosan Bogdan.

The best defense of the tournament (1 goal missed) is “VOENKOM” by Mokrynsky Valery.

Thank you all for your participation and help.

Compete with each other, train for the next tournaments, look forward to your support and participation.